As a long-time Microsoft Dynamics CRM customer, Powell Fabrication & Manufacturing knew it was time for a Dynamics upgrade. The question, however, was to stay on-premises as they have been the past six years or make the leap to Dynamics 365 Online. They turned to their long-time trusted Microsoft partner, Ledgeview Partners, for advice.

Karen Bebow, Information Systems Manager at Powell Fabrication & Manufacturing, has been a part of the company’s Dynamics journey with Ledgeview from the start.

Throughout the business relationship, Bebow says she has learned “valuable skills” as a System Administrator through participating in Ledgeview’s monthly customer webinars and being a member of CRMUG.

The cost of the project was the first and a big point of discussion for her team, but the benefits of upgrading outweighed any concerns they had. It was clear that moving to Microsoft Dynamics 365 Online would be a valuable long-term investment for Powell.

“Ledgeview did a price comparison for us regarding Online versus On-premises,” Bebow says. “Due to licensing, we found that the annual cost was comparable.”

As their final point of consideration, Bebow and her team acknowledged that while Microsoft intends to continue to support On-premises customers, their focus is on moving customers Online.

These three important factors in mind led Bebow and her team to decide to make the move with Ledgeview as their guide, trusting in their long-time partnership and upgrade expertise.

By moving to Microsoft Dynamics 365 Online, Powell’s goals were to generate higher quality leads with the technological advancements of the system, improve their customer service, and create efficiencies with mobile functionality for their users while away from the office.

To introduce Dynamics 365 Online to the team, they brought the system to their monthly ‘Keeping up with Changes’ sessions to showcase its benefits and explain its functionality. This also enabled Powell to get users excited about new features and grow their user adoption during the transition period.

“During these sessions, we show our users what is coming with Microsoft Dynamics 365, help them with any issues they may be having, and, during this project, debuted the exciting features of moving to the cloud,” Bebow says. “Ledgeview helped us with this by setting up a test environment we could use to actually show them.”

Because of their long-time partnership, Powell was familiar with Ledgeview’s processes, which made the upgrade even more comfortable as they progressed, though Bebow acknowledges there’s a “learning curve” with any transition of this caliber.

“Through the initial phase of development, Ledgeview did an excellent job of listening to our needs and clearly outlining them,” Bebow says. “Through to project completion, Ledgeview communicated with us every step of the way.”

In addition to the many technological advancements Powell has benefited from since moving to the cloud, Bebow acclaims Ledgeview’s ongoing support.

“Ledgeview’s Customer Support department is excellent,” Bebow says. “They are fast to respond and quick to resolve issues. They have assured and helped me through times of panic.”

By moving to the cloud, Bebow and her team are poised to transform their business processes to become more effective under a system that enables high-performance and value.

“Because of the upgrade, our procedures using leads, and converting leads to opportunities are becoming stronger,” Bebow says. “We also take advantage of the Customer Service entity by easily tracking cases, recording issues, and resolving them in a timely manner.”

“Our technical service department travels around the globe, so now, with Dynamics 365 Online, they are able to process cases at the customer’s site instead of waiting until they can connect through VPN (like with On-premises),” Bebow says. “We also like the assurance that we will always be on the latest version with Dynamics 365 Online.”

Bebow attests to Ledgeview’s help, pleasantness, and knowledge during their move from Dynamics 365 On-premises to Online.

“Ledgeview has the skills of a large company but has the personability of a small company,” Bebow says. “It’s nice to know you’re working with people, and aren’t just another number. Ledgeview listens to customers’ needs and delivers projects within a specified timeline. They are capable of migrating you to the cloud, including all customizations that you may have.”

To Bebow and her team, the benefits of moving Dynamics 365 Online are clear: more effective customer service processes, continuous availability, mobility, and advanced AI. She encourages that you too can benefit from moving to the cloud when you do your homework, and properly communicate with your team and partner.

Powell Fabrication & Manufacturing LLC is a privately held company founded in 1964 by Clarence and Evelyn Powell. In the early 1970s, Clarence and Evelyn’s son Duane Powell joined the management team with leadership slowly transitioning to him until he took total control in the mid-1990s. Under Duane’s leadership, the company expanded in size and geographic customer base by adding a variety of ancillary equipment used in conjunction with its core Sodium Hypochlorite Processing Systems. In 2018, ownership transitioned to a lead management team to continue the vision and values of the Powell family.

The Powell Sodium Hypochlorite Processing System represents the company’s core technology. It is supported with the design, development, and production of a host of proprietary and patented product lines. Powell technology is widely used in the U.S.A. and Canada with its continuous systems accounting for as much as 70% of the bleach produced in North America. On a broader scale, Powell is well-known and respected in the worldwide Chloralkali industry. Several major producers in Central and South America, Africa, Australia, the Middle East, and Europe rely on Powell technology to fulfill the world’s increasing demand for bleach. Learn more at www.powellfab.com.

“Through the initial phase of development, Ledgeview did an excellent job of listening to our needs and clearly outlining them. Through to project completion, Ledgeview communicated with us every step of the way.”

“Ledgeview has the skills of a large company but has the personability of a small company. It’s nice to know you’re working with people, and aren’t just another number. Ledgeview listens to customers’ needs and delivers projects within a specified timeline. They are capable of migrating you to the cloud, including all customizations that you may have.” 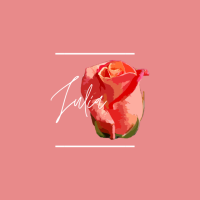